Well we are in the heart of summer running here…which means really hot and humid. Same as it is for all of you I’m sure. 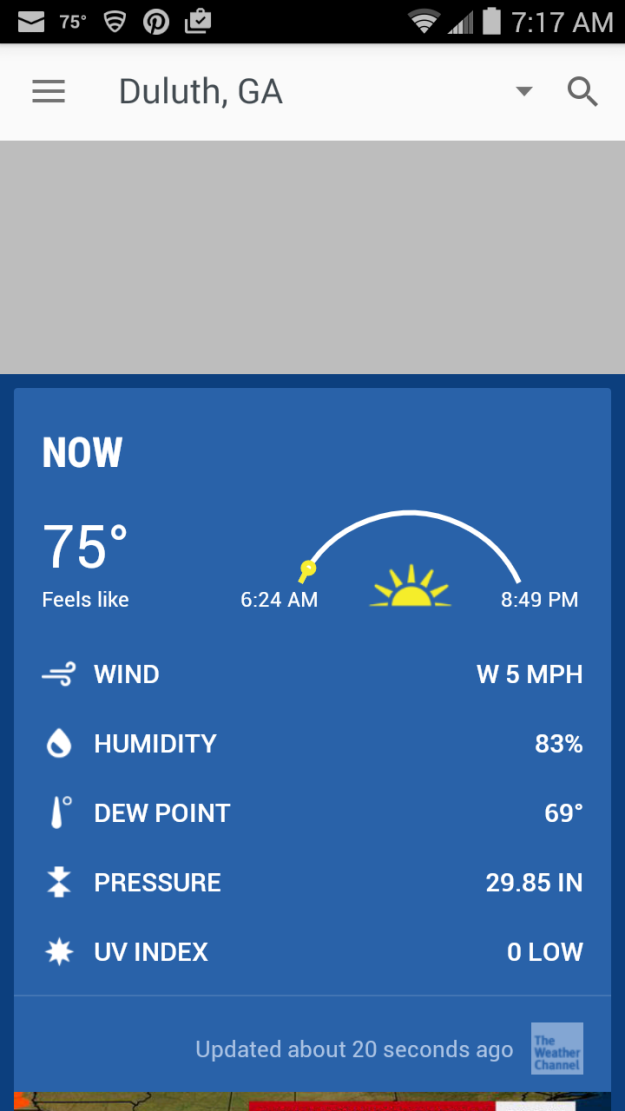 The good news is that I’ve been doing an excellent job getting out before sunrise. It makes such a big difference not to have the sun combined with the heat and humidity. Here is a screenshot of the weather one day last month. If you’ll notice, the temp isn’t bad, but humidity was high. Lately, it’s been even higher! Last week it was 92%!! Regardless of how rough it’s been, I still vastly prefer this to the cold of winter….so hard to get out of bed and run before the sun is up when its in the 20s!
On the fashion front, I made an excellent find yesterday at TJ Maxx! A Boston Marathon jacket! And wait for it….it was from 2015-the year I ran it!

I didn’t buy the jacket at the marathin expo in 2015 b/c it was $110, and I’m WAY too cheap for that! But look here at the tags! Nice bargain shopping! 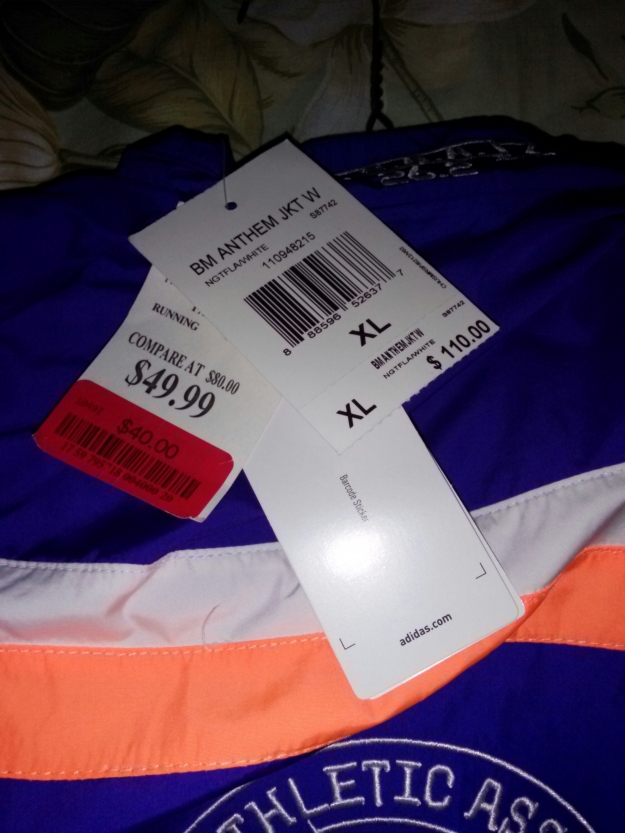 Final price $40+tax! The only downside is that the size is XL…but when I tried it on my family and I all agreed it wasn’t as bad as we would have thought!

So yeah, this is a post complaining about heat and buying a coat! Hmmmm.

On the race front, we just had the largest 10k in the world here yesterday. The Peachtree Rd race. 60,000 participants!! I didn’t do it this year. But I have done it in the past. It is super fun, and patriotic feeling.

This Saturday, I am participating in a 24 hour team event. 8 team members… we’re a mixed team. 4 boys and 4 girls. We take turns running a 6 mile loop. The weather forecast for daytime temps is 100! Yikes. But it’s around a lake/in the woods, so maybe a bit cooler?? One can hope. I am looking forward to it. I only know one or two of the runners, so I always enjoy making new friends.

Hope you all have a nice week. I am looking forward to reporting back on the race!

So overall, some pretty good adventures this year.  In no particular order, here they are:

By far the biggest highlight for 2015! In fact running in the Boston Marathon is in my top 5 of ALL lifetime experiences.

I was so fortunate that my mother and daughter came with me.

The whole trip was such and awesome experience!

I went to high school outside of Boston, and it was the first time my mom and I had been back in over 30 years! Someone had bought our old house…and then tore it down and put up a new one!!

The day before the race, the weather was beautiful, sunny and high 50s.  Race day, not so much.  Heavy rain and REALLY cold (low 40s).  But so what?? It was the Boston Marathon!

Crappy pic…screen shot from Marathon photo.  Still too cheap to spend $30 on a single photo download!!

I finished the race with a less than speedy time (4:18).  My BQ was 3:49, so I was a little disappointed…but not really. Again, it was the BOSTON MARATHON! 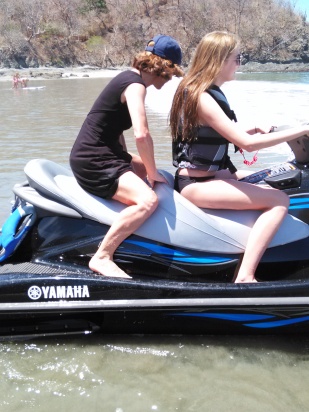 My husband and I had each seen the Rolling Stones once before…when we were teenagers back in 1981.  The 1981 concert was pretty awful.  We were in Dallas, TX on Halloween and the weather was absolutely horrible. Flooding, cold rain and the concert was outdoors. The rain was so intense that the concert was cut short.

This time…AWESOME!  The weather was perfect. And the Rolling Stones were fantastic.  It was my teenage daughter’s first concert. 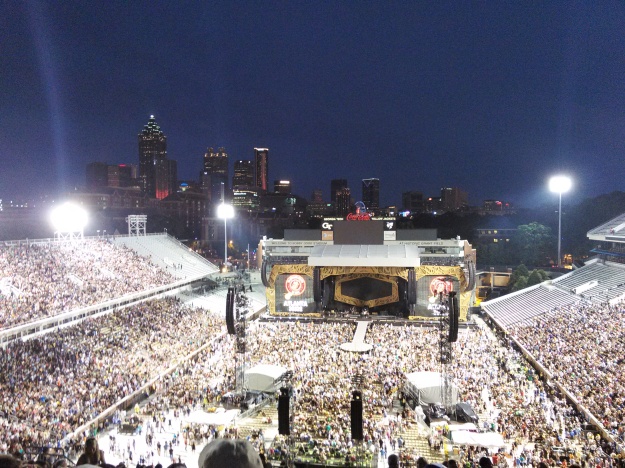 Our son ran cross country when he was in high school and we had become huge fans of the sport.  We hoped that our daughter would  run too when she got to high school.  We knew she would be fast, but she doesn’t often  do what we want…

But she joined the team, and quickly became one of the top performers! Her first race was in Florida, and we drove down there to watch her.  She did great, and placed, and helped their team win 2nd place overall!

Aren’t they so cute??

Thank goodness we took the time to drive to Florida (6 hours) to watch her run!  That  turned out to be her only race of the season.  She got a stress fracture, and missed every other race.

So those are the highlights of my year.  I’d love to hear about yours!

Today I am trying a link up for the Weekly Wrap hosted by Holly @ HoHoRuns and Tricia @ MissSippiPiddlin.   See rules here. Thank you ladies! 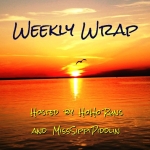