Haven’t been anywhere in over a year…but we went to Florida Friday and Saturday as chaperones to a high school cross country meet.

As you may know, parts of Florida were hit by a massive hurricane this weekend. (Please keep all of the folks affected in your thoughts and prayers). We went to Tallahassee which was not effected by the hurricane.

Tallahassee itself isn’t particularly scenic, nor was the drive down there.. mostly cotton fields for scenery 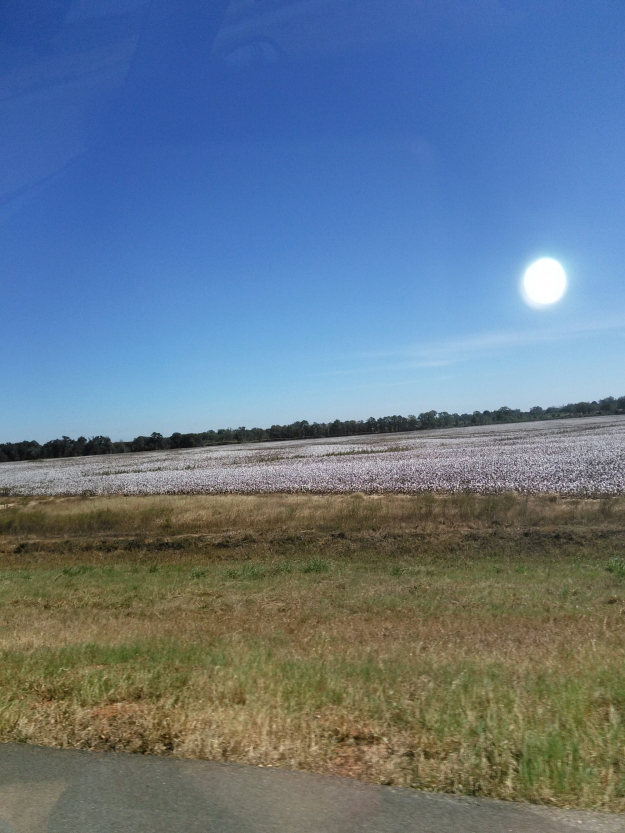 We kept ourselves entertained by playing a highly intellectual game that our 3 girl passengers called Fudoodle: every time you see a yellow vehicle you hit the roof of the car and say fudoodle. School buses and machinery don’t count. 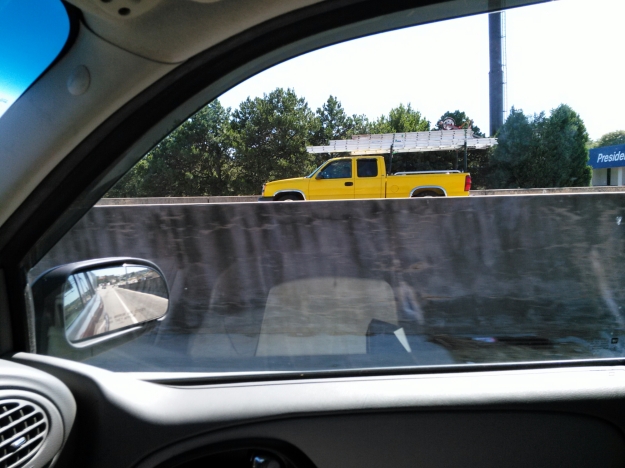 I was the reigning champion, mainly because I kept playing after everyone else had quit.

We drove straight to the course so that we could meet up with the rest of the team to do a preview. The meet was the Florida State invitational race. I believe that it is Florida State Univ s  home course. Most of the Florida teams use it as their state course preview. But there were other out of state teams there too. 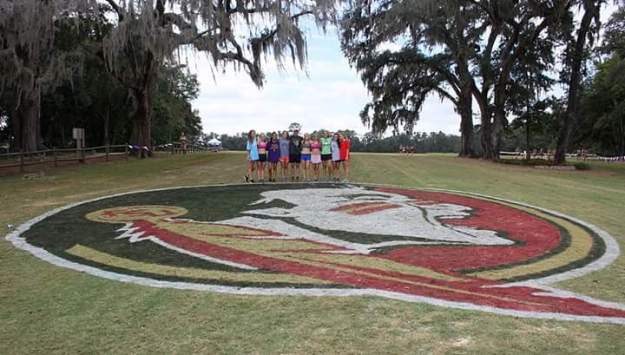 I am certain that this course was built from the ground up specifically for cross country. Everything single aspect of this race/course was perfect. Even down to fabulous port o pots. Clean, clean, clean, and running water next to them so you could wash your hands!

Spectators weren’t allowed near the finish chutes. So there was a mobile jumbo-tron that allowed us to watch our finishers.

The course itself was perfection. The surface was gravel/hard sand on places, low grass/dirt in other. Almost the entire course was in the shade of beautiful Spanish moss draped live oaks. The track was so wide, you could literally drive 2 Mac trucks down it. Even the one hill was very thoughtfully designed. It was tiered. So after a bit of ascent, there was a small depression/plateau which you can use as a spring up to the next ascent. Turn the corner, and a beautiful point 2 mile downhill (but not too steep) finish.

The weather on race down was almost perfect. And it was our coolest race all season so far. Around 70 degrees and very low humidity and a nice breeze.

On a personal note, out daughter did well. She had a massive stress fracture and missed almost the entire season last year. This year she has been working her way back, while trying to improve her form to avoid another stress fracture. She still hasn’t beat her last year’s one race PR, but every race she is dropping 30 seconds.

Hopefully she can keep improving!

Advertisement
Follow Travel, Running and a Little Bit of Style on WordPress.com
Join 115 other followers